Prof Nandu Laud, as he is popularly known, set up Laud Clinic in 1970.  After graduating as MBBS from Gandhi Medical College in Indore, he moved to Mumbai and joined KEM Hospital in 1963. Having post-graduated from Seth G S Medical college and captaining his cricket team to some famous victories, he was indoctrinated into leadership roles early in his life. His passion for success and victory, with fairness to all, stemmed from this interest in competitive sport. After his postgraduation in Orthopaedics, he joined the LTMGH as a Lecturer and over the years, he rose to head a Unit and the Departmental chief until his retirement in 1994. 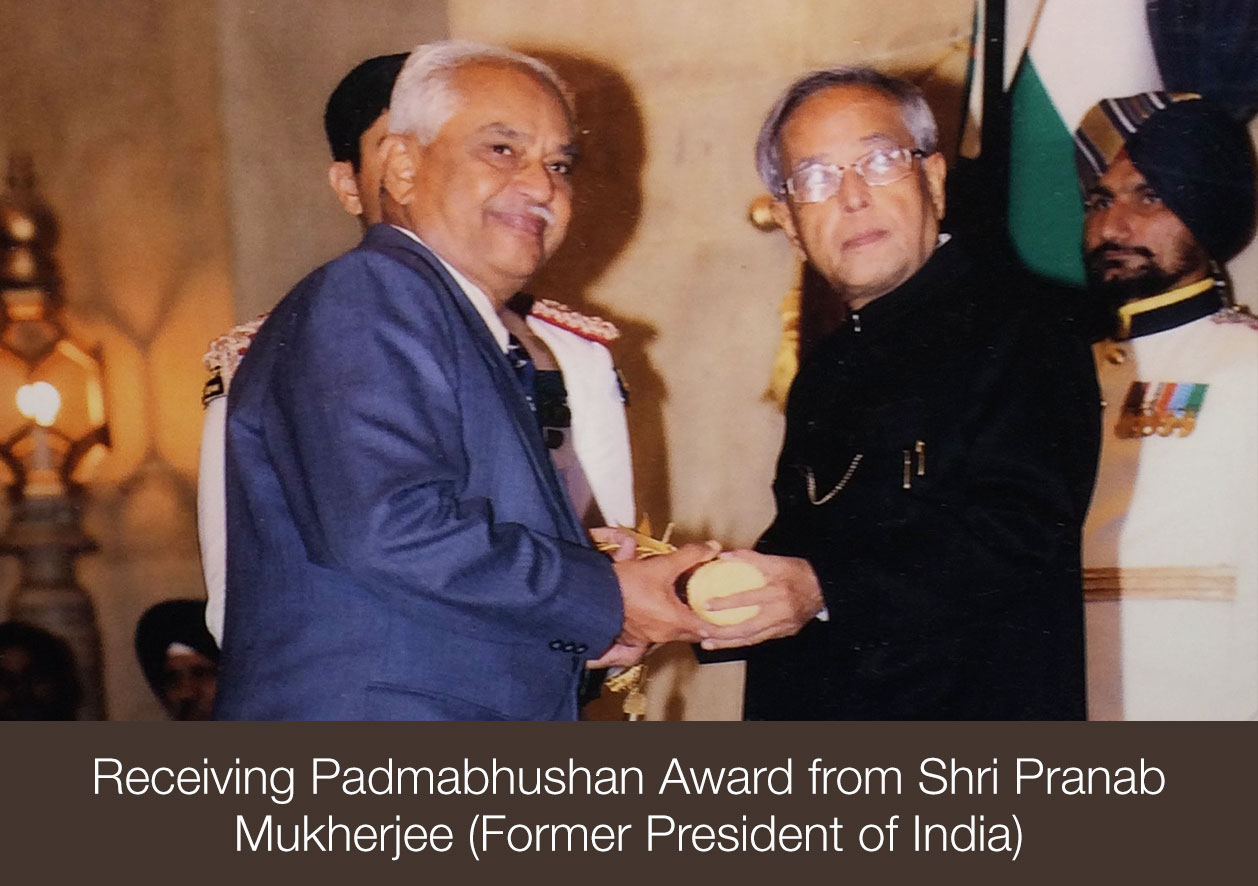 During his stint as staff at the LTMGH or Sion hospital as it is better known, Dr Laud always strove to deliver the highest quality of patient care to the most needy section of society. He set up a rigorous training routine for the residents and introduced Morning Class at 7.30 am and expected all members of the department to be present. Apart from discussing the cases, this activity also acted as a forum for discussing the needs and directions for the department. It is not surprising that the department grew in stature and soon became one of the premier academic units in the country. Dr Laud was instrumental in equipping the department with modern equipment and implants of the highest international quality. He organised the first Basic and Advanced Fracture Fixation course of the AO Foundation, of which he subsequently rose to become a Trustee. His international travels and presentations won him many accolades and friends.

He invited these internationally reputed professional friends to his department and to Mumbai, cleverly balancing budgets and opportunities, so that his colleagues and students could benefit from the interaction. He knew that the way forward was not to complain to the Municipal Corporation about deficiencies, but to create solutions from the existing infrastructure. When he came up against barriers to bring in new methods of training and imparting professional skills to his students, he created new programs. His collaboration across the orthopaedic implant industry came in handy when he decided to replicate highly advanced techniques of Hands-On- Workshops. With close co-operation with this staff at the medical college, the first ever Fracture Fixation Course was held at LTMGH. This course was so successful that it became an annual affair and soon the Bombay Orthopaedic Society partnered with LTMGH and took it to greater heights. It still continues to be one of the finest courses in its class, across the country. His students and colleagues have attained great heights in their professional careers around the world and they readily acknowledge their successes to the fantastic grooming and mentoring of their beloved “Master”. His work in Trauma care was recognised by government by of India by giving him B. C. Roy Award, in 1996.

Dr Laud hated status-quo. He knew every situation could be bettered. Of course he never rested until he instilled that drive amongst his colleagues. He encouraged his residents and staff to innovate and create unique solutions for vexatious problems. He modified instruments, improved implants and devised external stabilisation systems. He identified the genius of Dr BB Joshi and invited him to join Laud Clinic. Laud Clinic was a 14 bedded Nursing Home in the traditional quarter of Hindu Colony. Upon his return from Sion Hospital, Dr Laud plunged into his very busy practice here. He completed surgery in the morning at the clinic prior to arriving on schedule at Sion Hospital. His punctuality at that institute was legendary. He even went there every day and operated from dawn to dusk during the communal riots that shook the country. He challenged curfew and persuaded the police to actually ferry him to and from the hospital in their vans after they realised that he was unstoppable. He readily volunteered to lead teams during disasters and calamities. He led teams to Morbi after the floods and to Latur following the earthquake amongst many other instances. His work gained him Padma Bhushan award from government of India in 2013.

Dr Laud was drawn to Shushrusha Co-operative Hospital at a very young age. He strongly believed in the model and was convinced that if could be managed well, this would bring high quality medical care at an affordable cost to the struggling middle class. He convinced his colleagues to support him and picked up the reins of a floundering institution. He quickly restored it to its pre-eminent status and eventually after a Herculean effort, replicated the model at Vikhroli. His skills as an administrator and his ability to lend a ear to even the softest voice has always endeared him to every member of his team. He won hearts with his famous philosophy of conference instead of confrontation. He was conferred F.R.C.S. (Hon) degree by the Royal College of London, UK in 2009.This was to recognise his work in getting common man involved in developing Healthcare System, so that they get healthcare as right by self-participation without dependance on the government.

‘Nandu’ had always been a close friend to Dr Chittaranjan (Chit) Ranawat, a colleague from Indore, who rose to become an innovator and a celebrated surgeon and Professor in New York, USA. Together they were entrusted the surgery of our erstwhile Honourable Prime Minister, Mr Atal Bihari Vajpayee. Total Knee Replacement surgery could never have received a greater fillip and has since become commonplace across the country. He conducted the earliest workshops and training programs all across India and also succeeded in convincing Dr. Ranawat to start a training Fellowship for young trainees from India. Almost without exception, every single leading joint replacement surgeon in the city and across the country have benefitted from this on-going program. Dr Laud was instrumental in setting up the Indian Arthroplasty Association (IAA) over which he presided. He was admired across specialties and was the President of the Indian Orthopaedic Association (IOA), The Bombay Orthopaedic Society (BOS), The Maharashtra Orthopaedic Association (MOA) and the Indian Society for Surgery of the Hand (ISSH). Each of these associations benefitted immensely from his bold and forward looking decisions. He has received many laurels in his exemplary life like Honorary Doctorate ( DSC – Hon) from Utkal University, “Dalit-Mitra Award ”, “Life Time Achievement Award from BOS, IOA, IAA, and many other National bodies.

Ever a team person and always inclined towards collaborative progress, Dr Laud identified meritorious young colleagues and invited them to join him at Laud Clinic. This, at a time when fierce competition was the order of the day. He always accorded them equal status and promoted their practices. Over the years he developed all orthopaedic sub-specialties including physiotherapy and neurology at the Clinic. The Clinic has a reputation of being a world class tertiary-care hospital in Arthroplasty, Trauma care, Spine Surgery, Hand, Wrist and Micro-Surgery, Arthroscopic Surgery. Each of his colleagues have grown in academic stature to become recognised personalities in their own right. Many scientific papers have been published in peer reviewed international and national journals from the clinical material studied at Laud Clinic. This was only possible because Laud Clinic was equipped with the best quality instruments and facilities which were frequently upgraded. No cost was spared in this regard. Greatest care is taken in infection control, equipment maintenance and record keeping. 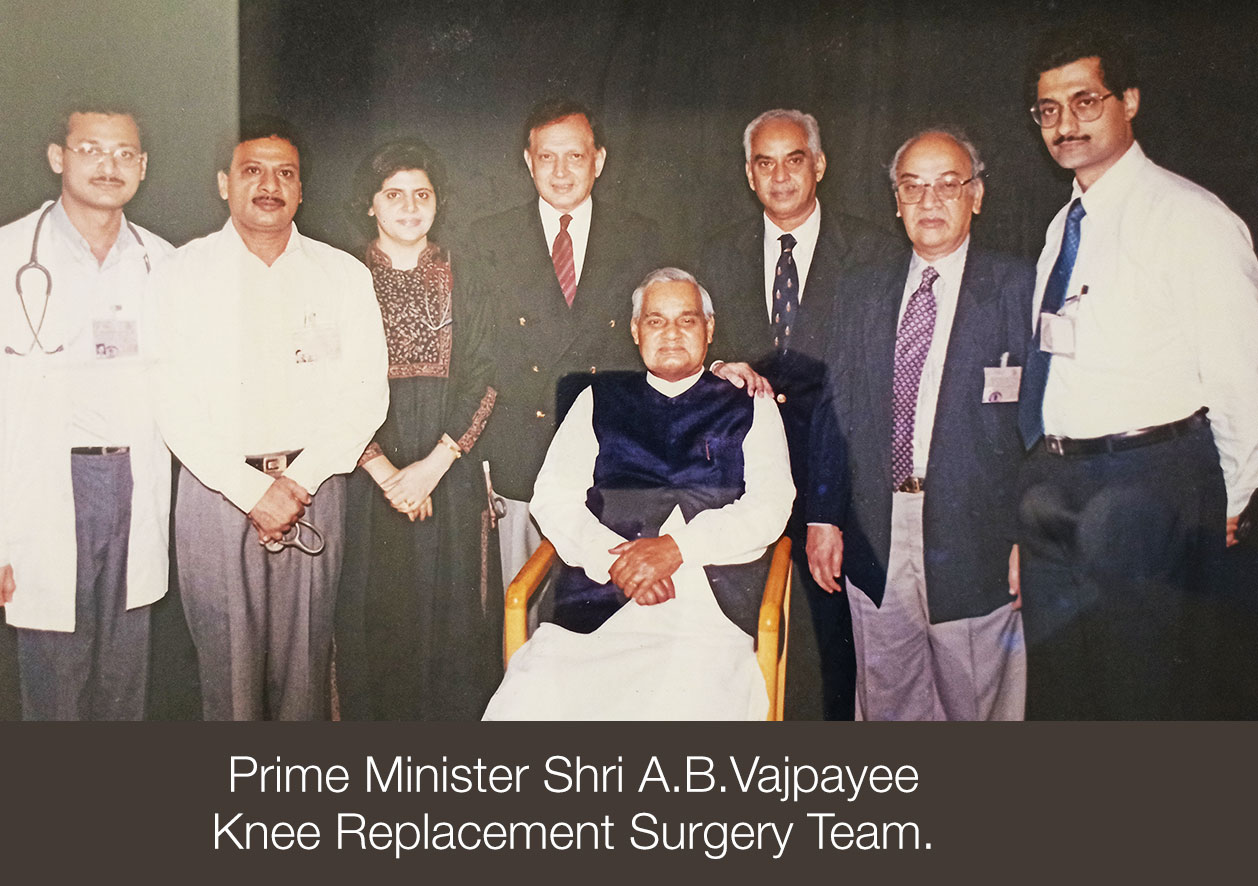 Dr Laud has a wonderful and supportive family. He took great pains to teach all his students the value of family life. He played tennis until just a few years ago and exercises every single day, whether he is at home or in a tiny hotel room. He believes in the power of God and prays regularly. He spends time in meditation and reflection. He is easily the most sought after whenever there is a social crisis in his extended family of relatives and friends. His interventions with balanced views and empathy have had remarkable outcomes in many of our lives.  He has struck a perfect work-life balance. He spends many weekends with his family and is an adorable grandfather to his fortunate grandchildren. He relentlessly continues to work more than 12 hours each day with undiminished vigour and finding newer and nobler purposes.

Dr N.S.Laud is available for consultation, by appointment, on Mondays and Wednesdays at Laud Clinic.